Did you know that jumbo mortgage rates are now lower than conventional mortgage rates?   Take a look at Wells Fargo’s rates for today – June 30th, 2014:  the 30-year fixed rate for a conforming loan is 4.25%;  the 30-year fixed rate for a jumbo loan is 4.00%.
We are Scottsdale area real estate experts who make it our job to keep up-to-date on the latest market trends.  Make AZGolfHomes your ‘go to’ source for information on the local real estate market in the Scottsdale area. 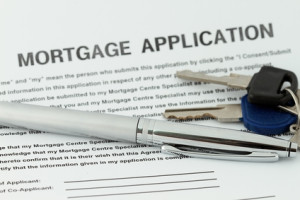 According to Smartasset, there was a period of time when any loan, especially jumbo mortgages were difficult to obtain. The financial crisis of 2008 was primarily the cause of  the erosion of jumbo mortgages because backing for these bigger loans from investors virtually vanished.
What little funding was available for jumbo mortgages demanded interest rates higher than most buyers could afford and the higher end of the market became close to a ‘cash-only’ transaction business.
The situation is changing drastically and today we are see that rates for privately-funded jumbo loans have dropped lower than those for conforming loans.
What is a jumbo loan?
Fannie Mae, Freddie Mac and the FHA set limits on conventional loans, and any loan amount above that limit is considered a jumbo loan.  Except in counties designated as high cost, the national conforming mortgage  is $417,000.
Freddie Mac and Fannie Mae individually have the authority to determine which counties in each state are “high cost” and are permitted to go up to a maximum of $625,500 in areas like San Francisco and New York.  The FHA limit is $729,000 in the highest cost areas.
The intermediate amount between the $417,000 and the county maximum is called ‘jumbo conforming’.
However, true jumbo mortgages can’t be financed by Freddie, Fannie, the FHA or any other government agency.  Jumbo mortgages are bought and sold on the secondary market through real estate investment trusts, bank portfolios and groups of investors.
Rationale for less risk in the jumbo market
Because jumbo loans are backed by private investors and groups of investors, they need to be more attractive to those investors.  Hence, jumbo mortgage rates have historically been higher than those for conforming loans.
However, jumbo loans didn’t carry higher rates because they are more risky, as you might think.  The opposite, in fact, is true.
Jumbo loans are less risky.  Why?  Typically the borrower in the jumbo market has higher income, more assets, better credit scores, and a much larger down payment than people looking for conventional loans.
So, with the federal government controlling rate activity, it can be argued that conventional loan rates may historically have been kept artificially low.
Rates for jumbo loans declining
As the perspective on jumbo mortgages shifts to one of lower risk, investment companies and banks are beginning to offer them at lower rates to their best customers – those with large deposits and investments – knowing the borrower is a low risk of default. 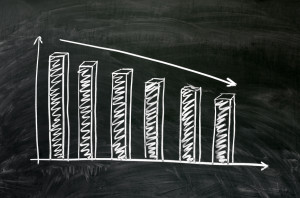 The lenders view this kind of  jumbo mortgage as a “loss leader.”  The bank won’t make a large profit from the service but presumes it will cause the client to stay with the company longer term, making it a worthwhile product offering.
In the future, as federal agencies try to reduce their role in the mortgage business, there is likely to be changes in loan pricing.  It is anticipated that the conventional loan limit (e.g. $417,000) will disappear and the loan rates will be determined by what investors are willing to pay for mortgage backed securities.