You are here: Home / Blog / Tesla considering metro-Phoenix area as site for gigafactory with 6,500 jobs

In February, famed car manufacturer, Tesla, announced plans to build a $5B battery gigafactory in one of 5 locations with 6,500 jobs.  Arizona, and the Phoenix metropolitan area, are among the locations being considered. 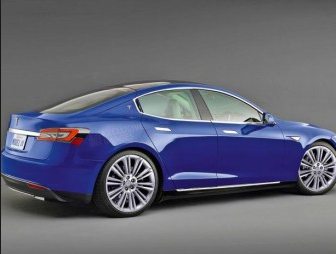 A gigafactory is a term describing an integrated manufacturing process.  In this case, lithium-ion battery production for Tesla’s Model 3.  The new car is scheduled to roll off the production lines in 2017.  Tesla is counting on saving 30% in production costs with the gigafactory concept.

Four to five states are in the running for the gigafactory including Arizona, New Mexico, Texas, Nevada and California.   At one point the company said they may build two or three facilities to assure the project is on schedule.

The Model 3 is intended to be priced around $35,000.  Based on sales estimates, the batteries needed will exceed the world’s lithium-ion battery production today.

Tesla has yet to finalize the car’s design, test and produce the model. It’s a huge project in a relatively short time span by automotive standards.

Tesla said it would announce the gigafactory plan by end of June or July.  Given second quarter earnings reports will be out this week, it’s likely the company will talk more about this ‘giga-project’ then.

Check back on our blog to keep up to date on community and real estate information.  Reach out to us if we can help you buy or sell a home in the Scottsdale/Phoenix area.