You are here: Home / Blog / Scottsdale Airport to receive more international flights due to Customs upgrades

Due to recent upgrades to their Customs services, Scottsdale Airport is now able to receive more international flights. In addition to increasing the hours of the U.S. Customs office earlier this year, the city hired a second Customs Officer.  The move was made in response to the increasing number of private international planes landing in Scottsdale.

While the city has been accepting international flights since 2001, the recent increase in customs services was made in response to feedback from owners and operators of the privately owned planes who use the airport. 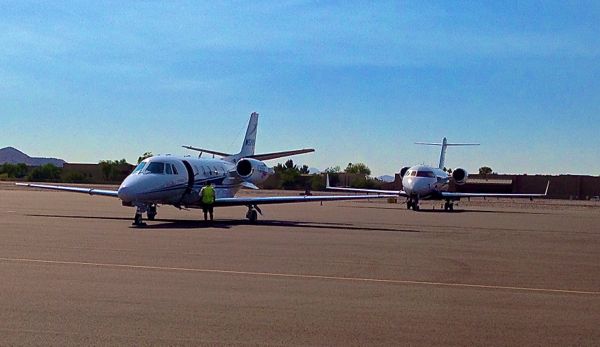 A plane lands at Scottsdale Airport.

Future upgrades that are planned for the airport include:

Fun fact: Most international flights landing in Scottsdale come from Mexico and Canada, but the airport has recently accepted planes traveling from Croatia, Israel and the Philippines.

CONTACT US for more information on buying or selling a home in Scottsdale.