The Gelato Spot has a tipsy new tenant. Tommy Plato, the owner of the Gelato Spot in Scottsdale, has decided to open a retro, speakeasy-feeling liquor bar above his popular gelato shop. It’s appropriately named Second Story Liquor Bar. 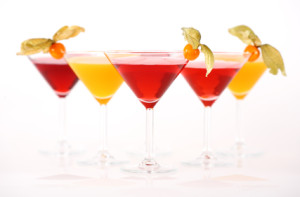 Your new cocktail spot in Scottsdale

We are Scottsdale real estate experts who like to keep up-to-date with everything Scottsdale has to offer. Make AZGolfHomes your guide for everything community-related in Scottsdale.
The Second Story Liquor Bar exudes charm and old-world elegance at every angle. Set up like a favorite play, the bar’s menu is divided into four sections: the intro, prologue, plot and finale. It’s perfectly acceptable to indulge in a four course meal here (maybe even five if you pop downstairs for a scoop of Plato’s traditional Italian dessert).
And we’re completely serious — be ready to indulge in Executive Chef Josh Bracher’s creations.
A little menu sampler?
For the intro, it’ll be a tough decision to choose between the coconut lobster panna cotta or the inside out caprese salad.
For the prologue, or appetizer, sit on the edge of your seat for a few cockles & mussels.
Let the plot thicken with some entrees like potato wrapped ahi or buttermilk fried chicken.
And finally, for the finale, the grandest and heftiest entree section, seal the deal with a five spiced honey glazed duck or an olive oil poached Chilean sea bass.