Scottsdale and Phoenix-based Suits fans were very excited to learn that the new movie Car Dogs, starring Patrick J. Adams, was to be filmed in the Valley in late 2013 and 2014.  The film has not yet been released. 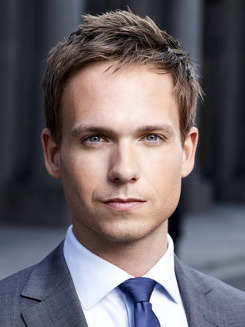 We are Scottsdale real estate experts who make it our job to keep up-to-date with everything happening in the Scottsdale area.
If you are moving to Scottsdale, or just want to learn more about the area, contact The Matheson Team today.
The filming took place at a vacant car dealership in Scottsdale.  Here is a synopsis of the film from the Car Dogs movie website:

“Car Dogs is a feature film that gives audiences a rare look at the funny and intensely dramatic world that is the car business. The drama in Car Dogs centers on a powerful father-son battle between the owner of a car dealership, Malcolm Chamberlain, and his son, Mark.

Malcolm is a brilliant, callous businessman who is a vicious, overbearing father. Mark is the sales manager at Chamberlain Auto, the dealership that promises to do “Whatever It Takes” to put you in a new car. But on a scorching hot Saturday in the middle of the Phoenix summer, Mark has a chance to get his own dealership – and out from under the thumb of his father.

The catch: Mark has to sell thirty-five cars by the end of the day. The question: Will Mark do whatever it takes – including betraying his sales team and himself – to get what he wants? An exploration of this moral issue is at the center of what will be a funny and dramatic film.”

Reach out to us if you would like to learn more about the area. Make AZGolfHomes your “go to” source for community information.
Modern Luxury’s July/August issue of Scottsdale Magazine just did a write-up on Faith Hibbs-Clark of Good Faith Casting. Not only did Ms. Clark help cast the Car Dogs movie, but she also helped cast another movie rumored to film later this year in Tempe, Justice Served. Ms. Clark is also known to have discovered Hollywood darling Emma Stone (born and raised in Scottsdale), who has starred in a number of movies including Easy-A, Gangster Squad, The Help, and The Amazing Spider Man.
CONTACT US for more Scottsdale community and real estate information.
Don Matheson
Realtor | Founder
The Matheson Team – RE/MAX Fine Properties
21000 N. Pima Rd., #100, Scottsdale, AZ 85255
480-405-4228
[email protected]
[gravityform id=”1″ name=”Contact Form” title=”false” description=”false”]